Reporting in following my recent fill...

I've been so busy trying to catch up on everyone's blogs that I haven't really allowed time to keep in touch with you...I've never fully caught up since my holiday, but I refuse to mark any as read that I haven't actually read in case I miss something crucial...of course along the way people give shout outs to new blogs that I simply have to check out and then they are alway so good I have to follow them...you see the mess I'm getting into.  Don't worry...I'm finally winning the war and last night when I came home all fed up and bored and wished I could gorge myself or drink a bottle of wine as a pick me up I read blogs instead and it wasn't too long before I was feeling full of the joys of Spring. Thanks for that.


I recently had a fill as you may remember...this was the fill which was supposed to turn my attitude around, give me a kick in the pants and get me back on track.  Well it has worked pretty well. I'm feeling pretty motivated at the moment. The fill is SUPER-TIGHT...which I like. I need it as a less obtrusive wired-jaw type device at the moment. I know, sounds bad.  I know many of you would just hate that, but I just really feel I need it at the moment.  I can explain it as being like a reverse Pavlovian response.  Remember the episode of the Simpsons where Lisa sets up a school experiment where she wires up a cupcake to an electric circuit so the every time Bart tries to take it he gets an electric shock? I'm a bit like Bart at the moment and I believe this fill will help me change that.  I don't know what it is but because I don't feel restricted unless I actually eat...I just seem to forget that I have it.    I'm trying to make my eating much more conscious and believe me being tight helps me do that.   I need to learn to automatically dish out smaller portions, automatically stop trying to eat foods like bread that I just can't eat. It takes a long, long treck to change the habits of a life-time and my subconscious can't yet quite accept that things have changed...Get used to it brain!
I really needed to kick that interminable plateau.  I eat for enjoyment a lot of the time and was often eating because something looked pretty tasty rather than because I was hungry, (Gee why was I stuck in a plateau?).  Well now eating is such a chore that I may soon get the hint that IT ISN'T A PLEASURE, SO DON'T BOTHER UNLESS YOU'RE FREAKIN' HUNGRY! Also I fill up so quickly now that I'm actually learning NOT TO PICK WHILST I PREPARE THE FOOD, because otherwise I'm already full before I put any on the plate.  If I can make these good behaviours habits and stop constantly thinking of food when I'm not hungry then I won't even need to be so tight forever.

My long-term plan is to lose the weight whilst I gradually make exercise a regular part of my life, (better get back onto that bit) and then once I'm where I want to be, loosen off the restriction a bit so that I don't get stuck and pb, but that my portion needs are still very reduced. This will mean a very normal life and maintenance for always.  Of course I'll have to monitor my weight and make the odd correction, but it should be so much easier.

I think a big part of my inability to remotivate following my holiday was caused by missing my support group in June and that always sent me away motivated. July was the last support group though as the group was poorly attended so they decided to do an online one instead.  I had a think about what this would mean for me and since I have a years aftercare included in my package I asked if I could come in monthly to weigh in and have a chat.  The NP said of course and made me an appointment for August.  I wish I'd thought of that before because I think that type of contact with the hospital and accountability makes me much more motivated than if I do it all myself from home.  I now have in my mind that appointment date as a mini-goal to try and impress her with my progress.  I'm not going to set an amount to lose as this actually increases my self-sabotaging behaviour...I'm a psychological minefield aren't I???

Anyway the kids have started their summer holidays now and I don't have anymore social events coming up to trip me up, or holidays away (I don't count camping in a tent), so I'm really planning to make a bit of a dent in the weight loss this month and when the kids start back at school I want my clothes to feel that bit looser. 7lbs for August'd be nice. Yeah...I think SO! Happy Hump Day everyone! xx
Posted by Sparkler at 18:01 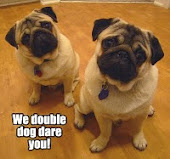 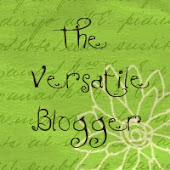